Posted at 13:21h in Art Projects by zsuzsi
Share

(Zsuzsi Flohr , Tatiana Kai-Browne, Veronica Lion and Sarah Mendelsohn) was formed out of a transnational collective that came together in Vienna 2014 to create a space for the critical analysis of Jewish, queer and further identity positions and culture.

The Jewish Renaissance Boxing Club (JRBC) is an ongoing project since 2014.

The JRBC takes boxing as both an activity and a cultural, political metaphor. Boxing requires awareness of boundaries: taking responsibility for your opponents and for yourself. Our goal is to open the metaphor of boxing in myriad ways; as a cultural reference, as communal and recreational physical practice, as an image for dealing with differences within the concept of identities, and many more, in the same way that it takes part in our lives within our collective.

The JRBC is an experiment for us and for everyone participating. We wish to learn from our experiences and one another and seek to work on them in regard to continue a process of questioning and creating community.

Through a program of boxing lessons, performances, lectures, and discussions, The Jewish Renaissance Boxing Club – Vienna (JRBCV) attempts to create a space for productive dialogue about the interdependence of Jewish, queer and further identity positions. We understand renaissance as this effort of recontextualizing a multidirectional Jewish being and practice in Vienna by relating to previous forms of collectivity, like Jewish sports clubs; Hakoah Vienna (1909) and Maccabi Vienna(1895).

Boxing has enabled us to rethink normative bodily stereotypes of female and queer bodies, and the body in general. Boxing requires awareness of boundaries, knowing when to hit harder, knowing when to stop. It requires taking responsibility for your opponents and for yourself. You will hurt and you will get hurt.

The JRBCV asks what politics of identity and allyship can learn from boxing training and from reclaiming conventional forms for masculine, dominant, hegemonic aggression. 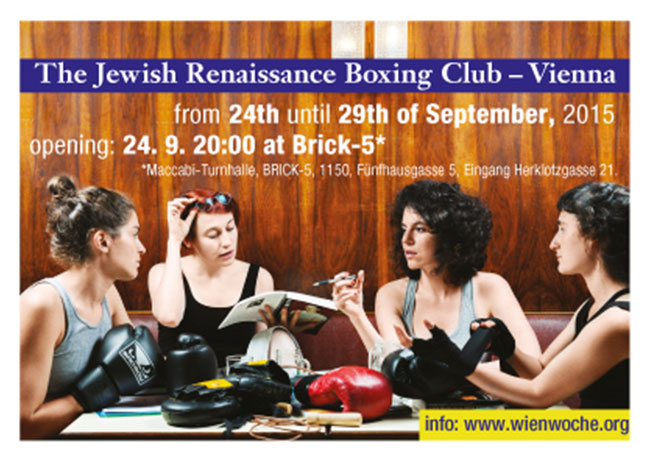 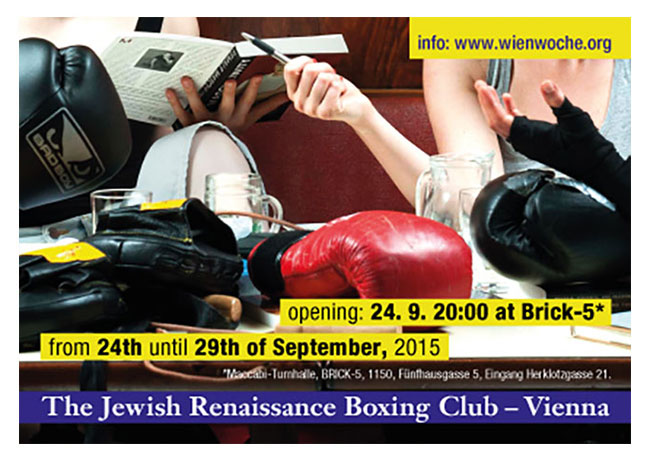 The Jewish Renaissance Boxing Club – Vienna
…revitalizes histories of Jewish cultural and community life through boxing, critical political discourse and performance.
In September 2015 a Series of events took place at wienwoche 2015. Boxtrainings, Lectures, Performances and Workshops were organised by the group.

“… because it is really nice in a community doing something together practical and we didn’t want to cook.”
Zsuzsi Flohr
http://cba.fro.at/302111